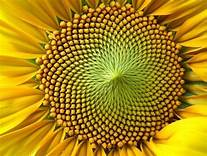 James Lovelock forty years ago postulated that Earth is a self-regulatory system able to keep the climate and chemical composition comfortable for organisms. This was called the Gaia Hypothesis, which as evidence and mathematical models accumulated has now become Gaia Theory. Biologists and geologists heavily criticised the theory in its first twenty-five years; only climatologists found it useful. Gaia Theory also offered an interpretation of the long-term regulation of carbon dioxide and climate through biologically assisted rock weathering. Following the Amsterdam Declaration in 2001, most scientists around the world now accept that the Earth does indeed self-regulate. What they do not know is how that works and the known periodic species wipe outs that occur through that self-regulation. Call it Self-regulatory Extinction Theory, which since I published the Theatre Earth series [4 volumes] I tried to warn mankind of the self-regulatory mechanisms; and further spent 30 years looking for the secret of exit from this nightmare –finally discovered.

The emphasis soon shifted from mans’ accommodation within these mechanisms and climate change to Anthropogenic [man-made] “global warming” – mans’ disruption of Earth’s equilibrium, disregarding that climate change is part of the self-regulatory mechanisms. Anthropogenic “global warming” became fact, when even its strongest advocates concede that it is a probability. Evidence that does not fit with this view is ignored: a common occurrence in science, once research is taken over by vested interests, governments and corporate media with their own agendas.

Antarctica the southernmost continent which sits on the South Pole lost an area of sea ice the size of Mexico in the three years from 2014, after a precipitous decline that wiped out 35 years of gradual growth. Scientists said the thawing meant that Antarctic sea ice had reduced by almost as much in those three years as the Arctic which sits on the North Pole, lost in three decades. So why after three decades did the Antarctic reverse the growth of ice?

I am sure Extinction Rebellion Activists, Friends of The Earth et al., will all point to carbon dioxide levels and Anthropogenic “global warming.” Ask them why the Arctic was not so affected? Ask them why Antarctic ice expanded in three decades, despite rising temperatures? A senior NASA climate scientist – Claire Parkinson author of the Report in the journal Proceedings of the National Academy of Sciences could not explain the data either. Various theories ranging from CO2 levels, wind patterns, ozone hole and as an afterthought the climate cycle, but no mention of self-regulating systems. The research however sparked off the question “what can be done to limit climate change?” The assumption here is that man can interfere in the self-regulating systems of a planet. This ego reminds one of King Canute, who believed he could hold back the tides.

Thousands of years ago the Woman was trying to warn man of these self-regulating systems through Her Mysteries. Unfortunately the Late Minoans stole them for profit and power. The warning and truth of mans’ existence was withdrawn from him, into the secret groups and one in particular. The Theatre Earth series unearths these Mysteries and the hidden archetypes, which surface within the secret groups and are even on display in Brussels and surfaced at the time of the British Millennium [2000] and in the British Olympic Games [2012] – [The Secret History of European Union v. 1]

Of course man should nullify his own interference and damage to this planet’s ecosystems, which is now negatively obscene, but scientists should be careful not to interfere in self-regulatory mechanisms of the planet. Sir David King former chief scientific adviser to the UK government has proposed the idea of geo-engineering i.e. technological interference with climate change. He is in the process of establishing the Centre for Climate Repair at Cambridge University where academics will investigate the feasibility of controlling Earth’s ecosystems and weather patterns to prevent environmental breakdown. Projects include spraying sea water in the air where ice is melting; seeding the oceans with iron which stimulates the growth of phytoplankton which form the basis of the oceans food chains/webs. It sounds hopeful to the many but one should remember the Hippocratic healing oath ‘At least do no harm.’ What will be the consequences for Earth’s self-regulatory survival mechanisms?

Scientists have noted the magnetic North Pole is drifting eastwards at an unexpectedly rapid rate. The magnetic North Pole wanders unpredictably and is distinct from the geographic North Pole which stays put in the spot where all lines of longitude converge. For hundreds of years the magnetic North Pole was to be found on the coast of northern Canada. In the 1990’s it drifted into the Arctic Ocean and it is now moving towards Siberia at a rate of about 30 miles a year. I have warned about a Magnetic Reversal in the Theatre Earth series since publication twenty years ago.

The Earth has a molten core that generates a magnetic field, which defends the planet against devastating solar winds. This protective field extends thousands of miles into space and its magnetism affects everything from global communications to power grids. The field has weakened by 15% over the past 200 years, a sign that Earth’s poles may be about to flip. Historically, Earth’s North and South magnetic poles have flipped every 200,000 -300,000 years. A flip is overdue as the last one occurred 780,000 years ago. The latest Satellite data, from the European Space Agency’s Swarm trio, which monitors the Earth’s magnetic field, suggest a flip may be imminent. Richard Holme, professor of Earth, Ocean and Ecological Sciences at Liverpool University claimed “This is serious.” As I tried to point out 20 years ago, since periodic species extinctions appear to occur with Magnetic Reversals [Theatre Earth v.1 p.334] or a catastrophic event.

Interestingly the male [Y] chromosome shows 180° flips [double cycle] which might indicate an evolutionary record of reversals. Reversals could be accompanied by changes in ELF frequencies of the magnetic field micro pulsations, producing behavioural changes that reduced survival in more advanced species. Such frequencies could have interfered with fertility or created defective offspring. We know today male fertility is decreasing.
[Y chromosome Theatre Earth v. 3, p.91-99; Evolution of the Y chromosome p. 100 -102].

The Double Cycle archetype – a dumbbell: compare to a Late Minoan gem from the Psychro Cave where Zeus – Captain 13 of the Twelve Olympian gods in myth was born in Crete. The gem shows the Beast – the man bull, in a cycle of eternal return with a dumbbell [double cycle] and impaled triangle [Theatre Earth v.1. Fig.10 p. 59]. As one cycle ends it turns through 1800 to start a new cycle. The significance of the number 13 is relevant to the history of the tribes of Israel, and background to the history of Christianity particularly the history of Jesus.

The theft of the Woman’s Mysteries by the Late Minoans 2,600 -2,300 BC, has been a disaster for mankind, and it may be too late now to turn around, for the many. The Late Minoans fused a distorted form of the knowledge to their beliefs, altering entirely the truth and meaning and encoding the double cycle and the Grand Design into archetypes to be understood only by a secret priesthood. The double cycle was even applied to Twin Kingship, which morphed into hereditary monarchy and was later applied to John the Baptist and Jesus. A full decoding of the archetypes and the history of this calamity is covered in the Theatre Earth series, which also covers ancient myths, Indian legends and even Enoch’s records [The Secret History of European Union v.1] which describe climate change and the Earth ‘rolling over on to her back’ indicating the double cycle– perhaps due to excessive ice accumulation on one Pole, ocean shift or a reversal?

“In a time of deceit telling the truth is a revolutionary act.”

Catch me next week!