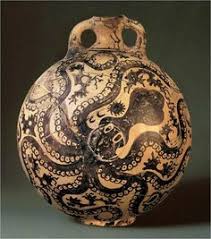 Should Britain be a meritocracy Boris Johnson was asked in his first appearance as Prime Minister in the House of Commons, to which he replied that of course it should, ignoring his own part in an elitist plutocracy. Whilst he channels his inner hero Churchill and Labour Executive channel their inner heroes of Stalin, Lenin and Trotsky, both sides are promoting disinformation – fake history as a form of collective amnesia and social control.

The enduring power of the “old boys’ network” was revealed by a study that found alumni from nine leading public schools were 94 times more likely to reach the elite than those who attended other schools. Britain was termed an “elitist nation”. The Clarendon schools which include Eton, Harrow, Rugby, Westminster, Charter House, Merchant Taylors, Shrewsbury, St Paul’s and Winchester College hold “extraordinary power” …… David Cameron (past Prime Minister UK) and Boris Johnson (current PM) both attended Eton and infamously were members of that elitist Oxford University club – the Bullingdon Club. Jeremy Hunt (a recent Tory leader contender) along with David Cameron’s former Chancellor George Osborne (jobs for the boys) were members. Jeremy Hunt likes to promote his “entrepreneur” credentials, whilst omitting this elitist background. The Bullingdon Club uniform costs in the region of £3,500, which is more than some students, have to live on for a year. As politicians wise up, open membership to these clubs is now dwindling, but male-only private clubs including Freemasonry provide the same role of the “old boys’ network” and membership to the Freemasons is not made public……The argument goes that the Clarendon schools provide the best people for top jobs, accounting for their dominance. Oxbridge graduates have always comprised 30%-40% of Who’s Who entrants. Clarendon alumni who went to Oxford or Cambridge universities continue to be twice as likely to reach the elite as graduates from other universities. Whilst it is argued these schools simply prove excellence, others argue it proves male status based on wealth. It also proves male elite have taken control of public life. Their self- perception is one of being highly civilised, with additional elitist qualities groomed into them through their education, such as resilience, teamwork and appreciation of others points of view. A myth exposed when faced with reality – their concern is to maintain a status quo, where any threatening outlier viewpoint must be stopped. They believe their judgement is superior and more well-informed than ordinary people – their blind arrogance is often breath-taking…….