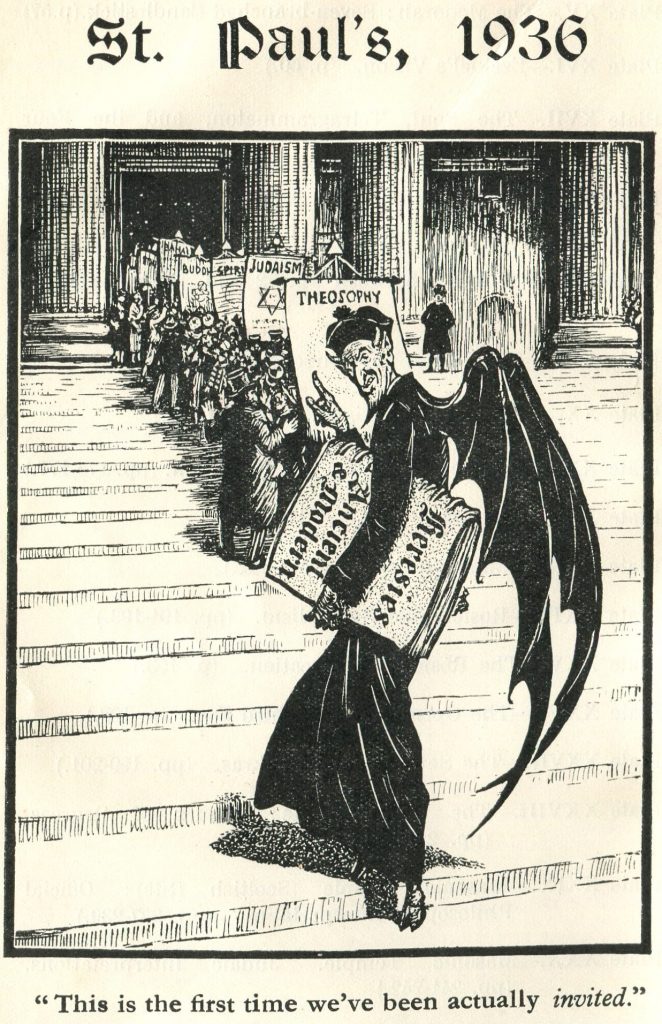 A world political order of “Unity” actively pursued by international political capitalists and Judaeo- Masonry at least since the time of the French Revolution, has been planning a primitive universal world religion based on Nature and aims to take religions back to a common root that is compatible with world communism. An esoteric doctrine that is already at the centre of the U.N.

“There has been a continuing albeit concealed alliance between international political capitalists and international revolutionary Socialists – to their mutual benefit.” And: “…one barrier to mature understanding of recent history is the notion that all capitalists are the bitter and unswerving enemies of all Marxists and Socialists. This erroneous idea originated with Karl Marx and was undoubtedly useful to his purposes. In fact, the idea is nonsense…” According to a pamphlet entitled Facts about The Fellowship of Faiths, published in the 1930’s by the Militant Christian Patriots and more likely to be accurate, The World Fellowship of Faiths second Congress was held in London in 1936. Which leaves the mystery of details of the first Congress? ..... The World Fellowship of Faiths (WFF) was founded in America in 1924 by Kedarnath Das Gupta a native of Chittagong, Bengal (India) and the communist Charles Weller. Weller (1870 -1957) was well connected and had been a speech writer for Theodore Roosevelt, who served as the 26th president of the United States from 1901 to 1909. Roosevelt was a Freemason and committed to a World Order…...the communist links were erased along with links to the “Russian-American Industrial Corporation”, Lenin and Trotsky and the international bankers that funded the Russian Revolution (1917 – 1923) ……